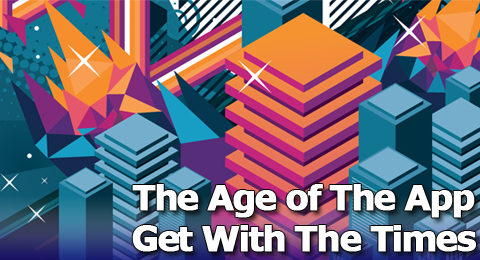 The Age of the App – Get With the times

It is no secret that our governments are as slow as molasses when it comes to truly helping citizens. Need help getting a hold of the city to fix a water leak in your basement? In the past you’d call 311, surprisingly, that hasn’t changed much these days. However, given the internet age, you can likely jump online or onto your smartphone and find an app that can get you the help you need. This begs the question, why do our governments need large teams staffed to handle those calls when an app can do the same work?

Don’t get me wrong, I think it is great that people are employed to support services like 311.  This post isn’t about spending money. I am not in any way a staffing / financial expert and will stick to commenting what I know, which is technology and building / managing this technolgy. My question is whether we can improve the government’s efficiency and open up the services to even more people.  The majority of government sites I’ve used were impossible to navigate and at times lacked consistency.  In most cases, app developers are focused on usability and UI that I don’t tend to complain as much.

In many cases, individuals and small companies are stepping up and producing incredibly useful apps.  A few great examples are CitySourced, CrimePush, or even an app to see busses/streetcars in real time. These are just some examples of people putting the time and effort towards helping the public, which in theory is the goal of a government.  Some governments are running some tests to see how this shift in mentality works for them.  Sadly they are just tests in many cases, while other governments continue to refuse them.  Can you imagine a day where you would be able to report a pothole, notify the city of a burnt streetlight, and request a snowplow all from simple applications?  These are real life examples that affect me… yes the streetlight in the court I live at has been burnt out for over a year!

If individuals or small companies can build these apps, often in a few weeks with a small budget, why couldn’t the government adopt these or build their own?  While working for some larger companies on contract and at some government organizations, I’ve come to notice that there is usually a lot of paper work required to get the ball rolling on a project.  At times it also requires a great deal more people to accomplish a project.  Launching it also requires a final set of approvals.  Something that would have taken me perhaps 2 months to build on my own, could take me at least a year to build with all paper work involved… let’s not mention all the extra money required to build this ap.

I recently watched a TED talk (I’ve embeded the video at the bottom) on this subject, which made me think “why has no one done anything to fix this problem?”.   Governments and in a lot of cases larger companies have failed to embrace the power of the internet and the power of applications.  I really couldn’t tell you why, but if I were to take a wild guess, it seems it has to do with the potential lack of control they would have over the resulting IP.  We are seeing larger companies adopting the app and speedy responses when dealing with their customers, even if they continue to apply the old methods doing business internally.  I’m sure if we saw governments run like companies we’d see a lot more action.  I wonder if any political candidates will add it as part of their platform in the future to improve efficiency of services and make them ore widespread… afterall does the government need to apply this mentality today?

As an application developer, I know that I start a project expecting to achieve 5 specific goals, but by the end of the project I may only be addressing 2 of those and 3 new goals.  This doesn’t necessarily mean that there is a lack of focus, but the demand has shifted or tests have indicated that some things had to change.  I can say by experience that when I have set out to do work with a government agency, if they expected those 5 goals to be addressed, they will want those same 5 goals addressed at the end of the project.  Governments have greater responsibilities, which could be the reason they don’t have as much flexibility.

Like the Music, Video and Newspaper industry being required to shift quickly to keep up and continue making money, the government will eventually be required to take a more efficient approach and required to find better ways to serve their citizens.  Thankfully as we become used to better service and more accessibility in our day to day activities, we will come to expect them from our governments.