Electric cars have come a long way. Are they ready for mainstream use?

Two years ago, I wrote about electric cars questioning their validity. A lot has changed since that post. Electric cars are starting to get exciting! Tesla has done a lot to raise awareness for electric cars.  They’ve made them cool.

Let’s take a step back

In the 90’s, GM introduced the EV1.  Most see that as a failed attempt at the electric car.  It’s controversial. Check out the movie Who Killed the Electric Car. Owners were known to tow a generator because they suffered what was called “range anxiety”. 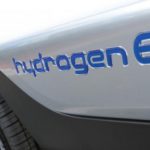 Since the EV1 project, companies looked to alternative fuels. Hydrogen and bio fuels looked to be front runners as the fuel of the future. Companies like Coskata turning trash to fuel or Mascoma turning algae to fuel where blooming.  Hydrogen projects were launched in major US cities.  Advertising was cool, who doesn’t want to be seen driving a car that the only emission is clean water?  Sadly, those projects did not reach critical mass.

A Different take on Electric Cars 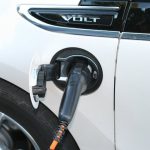 Chevrolet took a stab at it with electric cars with the Volt. They did it to counter “range anxiety”.  I loved the approach, given that it was limited to 40 miles.  It was the only true electric option at the time.  I still remember my dad bringing home the Chevrolet Volt one day. 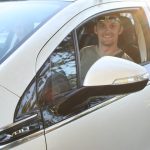 After driving it, I wasn’t convinced that I liked it most due to the lack of sound.  After all, I was driving a Camaro SS that woke their neighborhood each morning on my way to work. I imagine the lack of sound takes some adjusting. One thing I did enjoy was the instantaneous torque.  It wasn’t like anything I’ve experienced before.  But at higher speeds, I felt like I wanted to shimmy the car to go faster as acceleration lacked. With the battery pack sitting under you, the center of gravity is lower than on a traditional car which meant handling was a little different too. 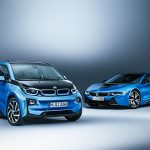 Today, we have an odd choice of electric cars. Car companies went with what they thought was the most aerodynamic shape, the teardrop. The first generation Volt, the Leaf, BMW, and more are modeled after that shape. Tesla took that shape and did something different.  Chevy followed up with the new Volt. Because why should electric cars sacrifice beauty over function?

Looks aside, people will jump into the cars and notice the same things as me.  Rightly or wrongly, they will  be comparing it from where the cars they’ve been driving for years. The next biggest question would be range and how can they make this work?

Will the electric range change your driving habits?

Of course it will. 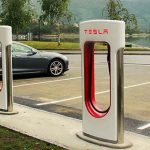 Others will try to make the most of their electric car purchase by using it for everything.  Including road trips.  The majority of the time, they may be driving within the limits of the range, which is great.  Then they want to take a family trip and rather than taking the quickest route, they are taking a route that includes superchargers.  Supercharging is a quicker alternative, but will still take 20 minutes to charge to 50% or at least 75 minutes to 100%.

A great thing for electric cars is that they have far fewer moving parts.  No engine, transmission, etc to worry about. Less can go wrong with the car. Barred the car’s fit and finish quality, you should be sitting at the car dealership less than with your typical ICE (internal combustion engine) car.

Is the electric car ready? 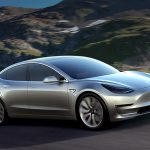 We have a selection of cars to choose from.  If you were to walk into the dealership today, your choices would be expensive.  Thankfully the Tesla Model 3 and the Chevrolet Bolt are coming.  The Bolt is expected by the end of 2016 and the Model 3 sometime in 2017.  Tesla and Chevrolet hoping these cars would make the electric car more mainstream.

The Model 3 has hundreds of thousands of reservations

By the time people get their hands on it, it will likely be 2018 or even 2019.  The technology can change in that time. People can change their minds. Are those who reserved it aware and ready to change their driving habits? Hype has a funny way of getting people to open their wallets.  Most of them putting down the cash before even seeing the car.

Are they worth getting today?

Like other technology, you may be better off waiting to jump ship.  Technology gets cheaper over time and other improvements are added. Today the Tesla Model 3 and Chevrolet Bolt do more than 200 miles. Perhaps in 2 years they will be at 400 miles. 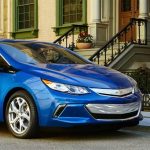 Sure 200 miles is a lot, but is it enough for longer drives or drives that bring you to less civilized parts of the map? How do people feel when you ask them to charge your car up at night after they invite you over?  If you go somewhere without a supercharger, do you wait the full 12+ hours to charge your car?

I personally don’t agree with buying an electric car that costs as much or more as my main car. The limitations are still getting me to consider ICE car or one like the Chevrolet Volt.  Not that electric cars aren’t for me, they aren’t ready for my needs today.

My request to car companies: Make the exterior and interior attractive. Sorry Tesla, your simple interior does not look premium.  The Bolt, still retains the teardrop look far too much.

Communication is key. Why you should work on effective communication.

What about these electric cars? Are they really worth the hype?

Why is the tech industry desperate to disrupt the auto industry if it doesn’t know what is all about?